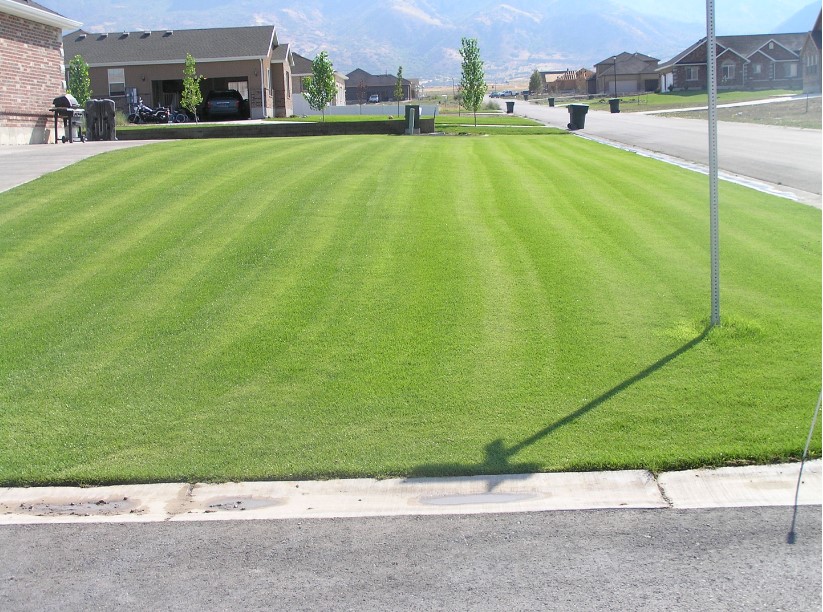 Not sure what the difference is between hydromulching and hydroseeding? Well, these terms are often used interchangeably, but they are actually different things. So if you have large areas of land that need to be revegetated, knowing the right method to use is going to help you get on top of the problem, fast.

Hydromulch is a formulation of a blend of seeds, fertiliser, wood fibre mulch, water and a binding agent, which is sprayed in large volumes directly onto the soil at a predetermined rate to establish grass growth. Essentially, it’s used to revegetate cleared land, commercial or construction sites. It’s particularly successful on hillsides and sloping tracts of land, due to its ability to secure soil particles that may be susceptible to erosion.

Hydroseeding is often confused with hydromulching, because it’s also used to revegetate large areas of land. The difference is that whilst hydroseeding also consists of seeds, fertiliser, and water, it doesn’t contain the wood fibre mulch, so isn’t the best option for areas with erosion problems. The fibre mulch is important for erosion control as it acts as a cover for the seed, helping it retain moisture for faster germination and growth, while protecting the soil from erosion and the seeds from washing away in the rain.

When is hydromulching the best choice?

If preventing erosion is your top priority, the revegetation method that contains wood fibre is your best option, as it works very quickly to control erosion, protecting and allowing the seeds time to establish in the soil. Specifically, hydromulching is ideal for landscaping large areas, rehabilitating roadside verges, establishing grass coverage in new subdivisions, revegetating mine sites, bridge abutments and construction sites. It’s also ideal for stabilising embankments and dam sites, as well as creating beautiful healthy golf courses.

It’s also better than hydroseeding in dry or very harsh conditions, because the wood fibre mulch helps to retain moisture around the seeds, maintaining germination rates and reducing seed wastage.

When is hydroseeding the best choice?

Just about the only reason you might consider using the hydroseeding method is because you are on a very limited budget and need to save money. The problem is that whilst you may save money with hydroseeding at first, more often than not, it doesn’t result in the green cover you anticipated, because of the higher seed mortality rate with this method. This means that you may need to repeat the hydroseeding again or cut your losses and opt for hydromulching.

In an effort to reduce seed waste when using hydroseeding, some people spread dry straw over the top of the seeds, to prevent the seeds from drying out or being eaten by birds. This doesn’t work very well, because the straw tends to be blown away and birds can still access the seeds.

The problem with hydroseeding is that it simply lacks wood fibre mulch, because it’s the mulch that prevents the moisture in the soil from drying out, whilst also maintaining an envelope of moisture wrapped around the seeds; ultimately giving the seeds enough time to germinate in a moisture laden micro-climate. Dry straw can also contain weed seeds, which isn’t something you really want to propagate! It can also leach nitrogen out of the soil as it breaks down, whereas the hydro-mulching method encourages the accumulation of humus, which encourages growth.

Top 10 Secrets Revealed for a Flawless and Frugal Garden

Top 10 Secrets Revealed for a Flawless and Frugal Garden

Benefits of a Garden Studio